Testing on a real device before submitting the app to the app store is essential for the success of your app. 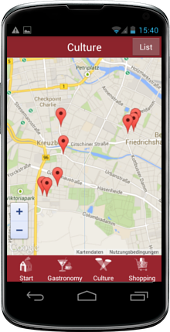 In most cases test runs are essential before putting something out but can often be overlooked at the end.

Testing is very important with your Apmato app because the proxy view in the browser is only an approximation. The browser simply is unable to utilize the same technologies the mobile phones use to run the app. Reliable testing must always take place on real devices and with the real technology. So that all device features can be tested like screen sizes, screen resolution and hand gestures as well as those apmato modules, that use native device features such as the Map Module.

When you work with the Map Module your app will show the native Apple Map, when it runs on iOS devices. Whearas it shows Google Maps, when it runs on Android devices. Currently the proxy view uses Google maps as well.

Takeaway
The proxy view in Apmato Create is very helpful during app building, because it provides immediate feedback when designing and building the app. But you must test your app on a real mobile device before putting it out.

In an earlier post we talked about the Apmato Tester App for iOS, which enables you to test your app content on a real iPhone, iPod touch and iPad. We recently added this feature for android as well. It's really really great to have this feature, because now you can build your apps for android without the risk of flaws.

This post explains the differences between testing with iOS and android and what you have to do to test your app on a real android device.

To be able to load an iOS app to an iOS device for testing among other steps each test device must be registered in the store backend with it's internal unique ID (UID). This process is time consuming and restricts your tests to a fixed number devices. With our Apmato Tester App for iOS you can test your app immediately on as many iOS devices as you want and as often as you want to.

With android testing on the device is much more easier. It is not very different to installing an app from the GooglePlay store. In Apmato you create an android-ready testing-app, the file's extension is .apk. Then you download this apk to your android device. That's it. The app stays on the phone until you delete it or until the digital test signature expires.

Takeaway
With our testing features you can immediately test your app with real android as well as iOS devices. Your customers can view the app on their devices at any time before the release.

How to create and install it?

Step 1: Open your designed app in apmato Create, and hit the publish button. 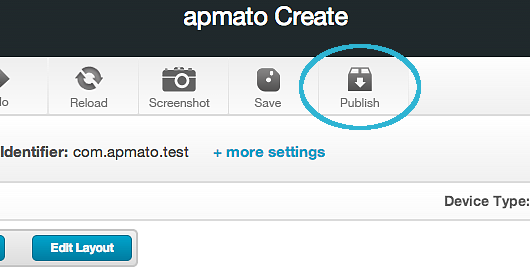 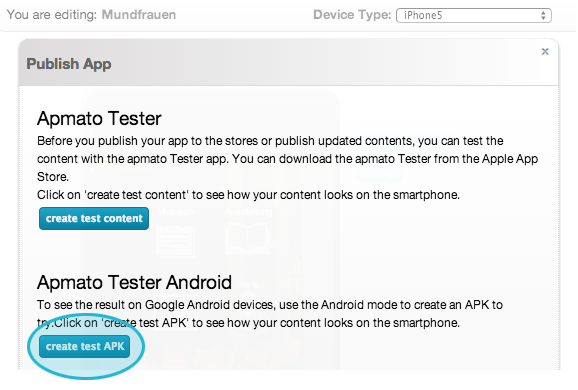 Step 3: After a few seconds you get your generated download link as QR-code. Scan the QR-code using any suitable app or start the mobile browser on the android phone and type in the given web address starting with https://editor.apmato.com/downloads/.... 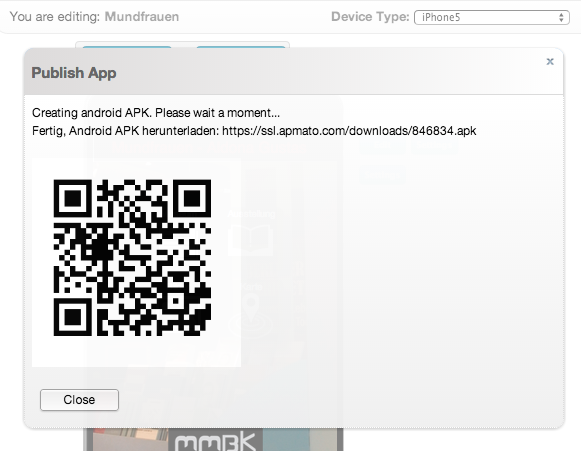 Step 4: On the Android phone swipe down from the top to see the download progress. When the download is complete, tap install. Make sure to allow for the necessary access rights when installing.

Step 5: Tap menu, locate the app by its app icon and tap to start.

Optimize your app's visibility in the Google PlayStore

A new logo for Apmato

Create your account in an instant. No credit card required.